This article is about a common misconception that the brain contains a “motor map” of our muscles in the same sense we usually think about maps (one-to-one representation). It further explains the term “distributed activation” in movement research and then compares it with the Baseworks Distributed Activation. It also talks about the practical relevance of being informed about this topic.

From my experience, when someone learns about the Primary motor cortex (M1, for simplicity) for the first time, they tend to form a mental image of the M1 akin to a piano keyboard. Of course, this image is typically not verbalized, but it can be easily reconstructed after talking to enough people. The assumption inferred from the piano-keyboard analogy is that when you “press a key” in M1, it results in a contraction of a particular muscle. If you want to contract two muscles, you need to press two keys, and so on.

The question about who’s playing the piano in this analogy put aside, this one-to-one representation between M1 keys (M1 territories) and muscles is simply not the case. If we tried to compare the M1 to a piano keyboard, it would be more like a synthesizer that can play a whole chord, if not a complete melody, when you press a single key.

In the academic world, motor research specialists have long acknowledged that M1 is not simply like a reversed (actionable) somatosensory map. However, this idea has not made its way into mainstream movement-related public knowledge, nor does it surface in widely accessible movement education. So far, the accumulated knowledge about M1 organization has found most applications in fields such as human-computer interfaces and motor rehabilitation after strokes and injuries.

For example, here is a great review article (written more than 20 years ago!) about the limitations of the somatotopy principle in M1 organization:

This article describes a framework of 6 major features that constrain the somatotopic organization of M1:

From my experience, the only one of these features discussed in a popular movement-education-related context is the “ability to reorganize,” popularly referred to as “neuroplasticity.” Usually, with this almost spiritual reverence but without much reference to actual mechanisms.

Here, I’d like to point out that one of the features on this list is “distributed activation.”

By coincidence, Distributed Activation (DA) is also one of the key movement principles in Baseworks. Yet, although the Basewoks DA term and the “distributed activation” in M1 research don’t refer to the same phenomenon, there is a certain connection between them.

In Baseworks, DA is a technique of muscle co-activation. To create the state of DA, we use various movements, opposing movements, and tractioning movements to activate as many muscles as possible at the time in low-level isometric contractions. This is usually combined with micromovements. So, strictly speaking, DA is often a field of ever-changing, ever-adjusting alternations between micro-eccentric and micro-concentric contractions.

This way of engaging muscles is very different from the natural human movement and common approaches to exercise.

The “distributed activation” in M1 can be understood based on this paragraph:

“….the process of moving multiple fingers is not simply the sum of activating multiple separate M1 territories, each controlling a different finger; rather, moving a single finger without the others requires more M1 activity than moving multiple fingers simultaneously. Presumably, such extra activation occurs because, besides controlling the motion of the one finger, M1 actively participates in stabilizing other parts of the upper extremity during the individuated movement of a particular finger.”

Now, here you may think: if moving multiple fingers results in less activation than when moving a single finger, wouldn’t M1 activation disappear completely during Baseworks DA? The short answer is no. Although we’ve yet to put a Baseworks practitioner into an fMRI scanner, presumably, one could expect the M1 to be “on fire” during Baseworks DA much more so than during isolated limb movements.

The 2nd part of the quote above (starting from “Presumably”) suggests that moving a single finger requires more M1 activation than moving all fingers simultaneously because the other fingers in a single-digit movement need to be “fixed” (stabilized) to be still. The grasping motion (moving all five fingers simultaneously) is learned early in life. It is a fundamental movement common to many animals who have limb digits. Single-digit movements are much less common, and no other animal uses fingers independently to the extent humans do when typing or playing piano. So the idea here is that a simple common multiple-digit movement can be done with minimal effort (less M1 activation), while a more specialized movement requires more effort and more M1 activation to “fix” other unwanted movements.

Therefore, Baseworks DA is a state where we try to perform multiple highly specialized, highly unusual movements simultaneously. Every single one of them can be seen as analogous to a single-digit movement. But we do these “single-digit movements” with all body parts all at the same time. So each component of DA should use large M1 areas to “fix” other unwanted movements, thus, presumably, covering very large and overlapping areas.

Baseworks DA is usually applied during static movements. When we transition from one static movement to another, in Baseworks, we use the principle of “Fixing-Separating-Isolating” (FSA). FSA requires that only one macro movement is performed at a given time. This idea of “fixing the movement of one body part while we are moving the other body part” can be compared to the M1 “distributed activation” feature on a different scale.

Distributed Activation: the origin and the application

Patrick Oancia had been using the term “Distributed Activation” long before I joined Baseworks and asked him whether he was familiar with the principle of “distributed activation” in the context of M1 research. So, similar terminology here is, in fact, a coincidence.

However, the DA application and the idea that such a muscle co-activation technique may be helpful in motor learning are really not incidental. They are rooted in Patrick’s experience in athletics, teaching physical modalities, and receiving physiotherapy.

My first experience with Baseworks many years ago was a light shock. I couldn’t guess why anyone would want to engage muscles in such an unusual way. More understanding came from more practice and more study of sources such as the review article linked above.

These unintuitive but simple techniques effectively improve sensorimotor resolution (being able to sense and control muscles you didn’t even know you could sense and control separately). They also aid in rebuilding and universalizing the movement vocabulary, which can then be used to learn more complex motor skills.

What is the mechanism? How do DA and SFA facilitate all these things in the paragraph above? Please refer to this page about the neuroscience behind Baseworks.

This article was initially meant to be a 2-paragraph virtual session description. So if you happen to read it before November 23, 2022, please feel free to join my VS, where we will look at how to practically establish the DA and use the SFA technique in various movements. 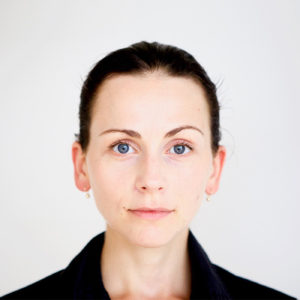 Asia holds a Master of Science in Human Genetics and a PhD in Biotechnology. She has been involved in projects related to the effects of stress on learning and memory and alongside her research and development for Baseworks, she is now studying the pro-cognitive effects of medium-chain triglycerides.

Her role as Baseworks co-developer is both to map the method applications onto known neurobiological mechanisms in order to improve the method’s efficacy, and to “translate” the pioneering applications in order to map them back onto common categories in exercise physiology, other movement practices and everyday life.

more about the author 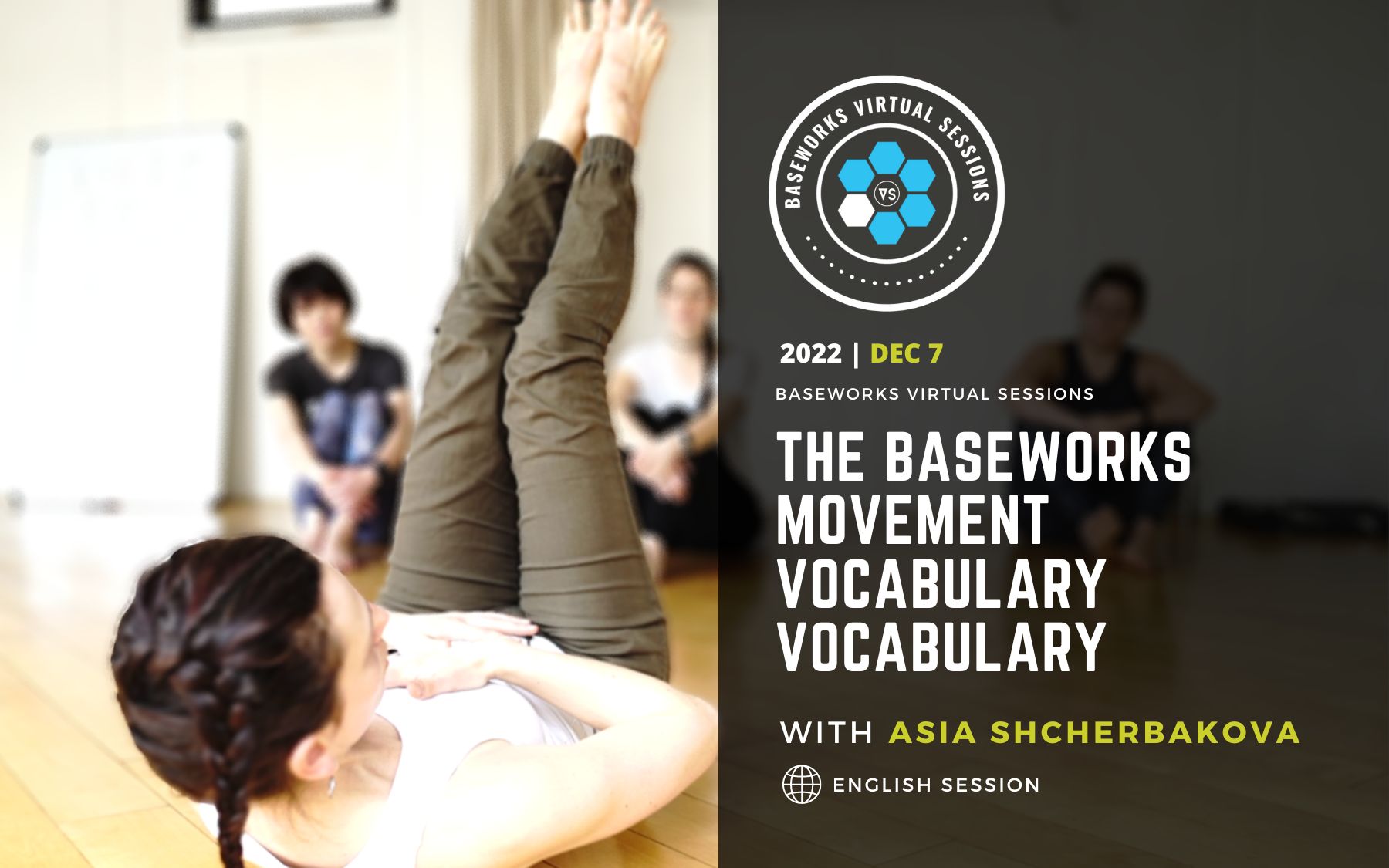 The Baseworks Movement Vocabulary Vocabulary
Knowing the terms describing the method's movement vocabulary is essential to understand the instructions. This VS introduces Baseworks-specific terms... more 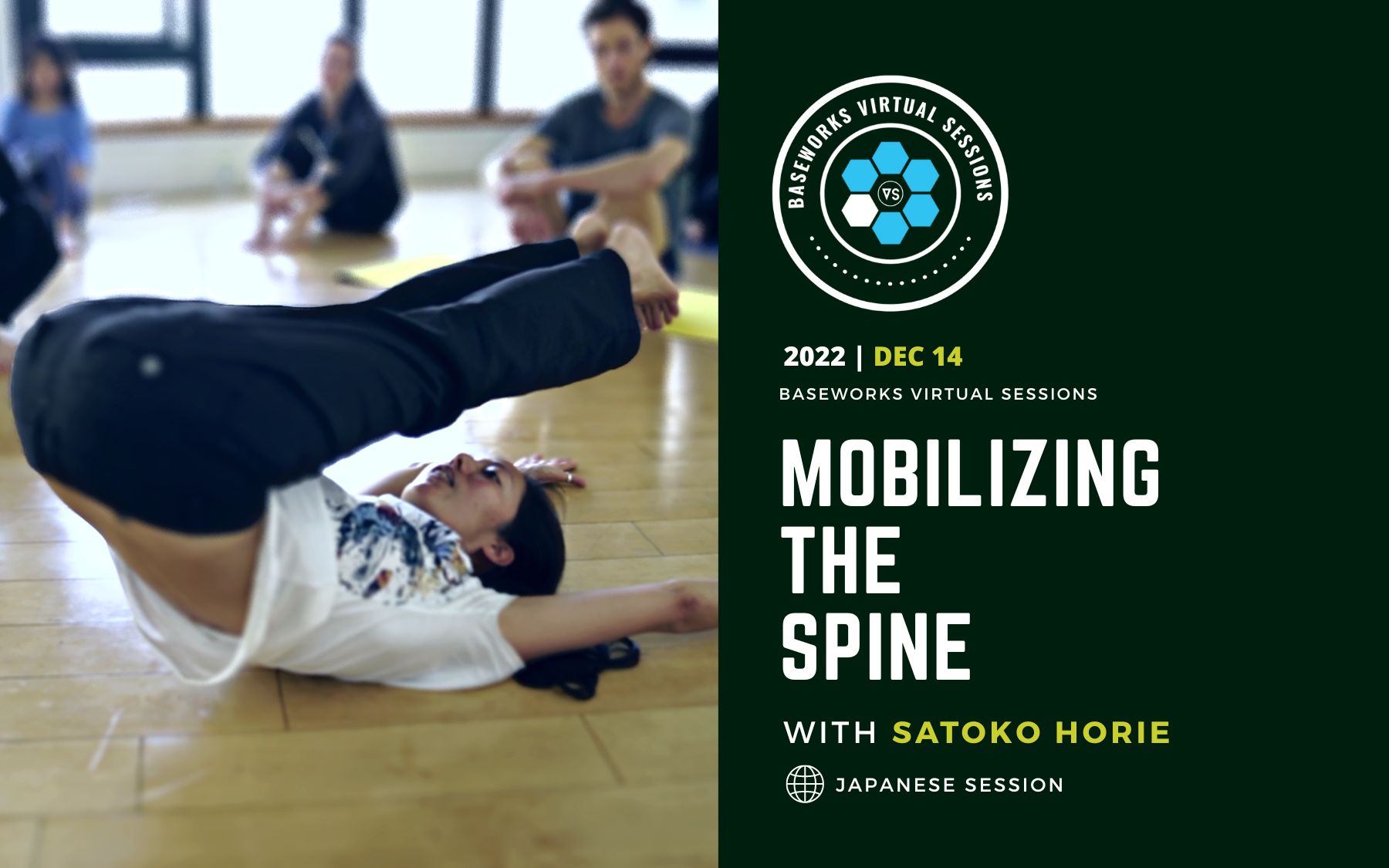 Mobilizing the Spine
In this VS, we will explore ways in which we can enhance the mobility of our spine and bring awareness to it.... more 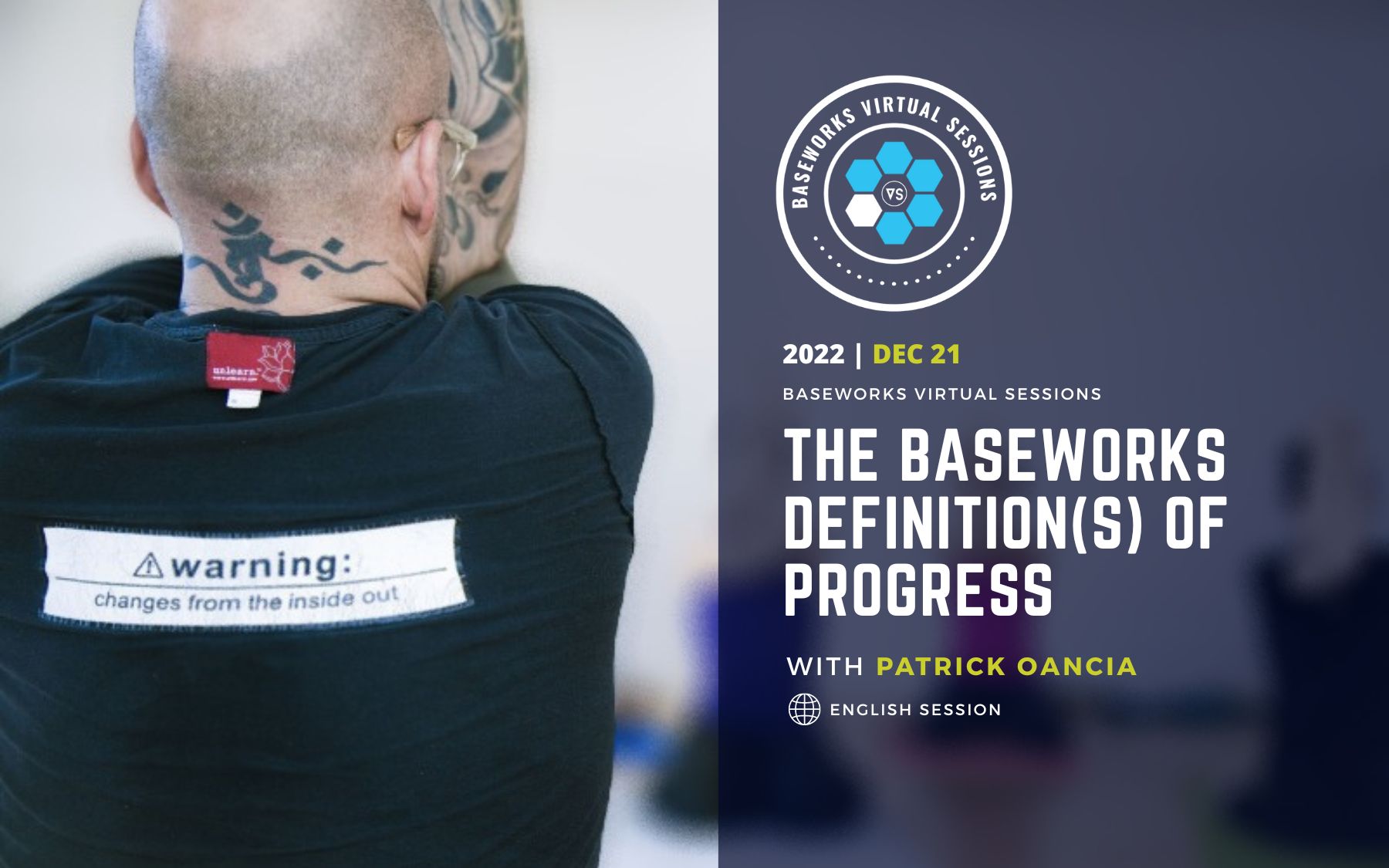 The Baseworks definition(s) of progress
This VS will focus on how we sense the body’s position in space utilizing the Baseworks gridlines and Symmetry principles. ... more 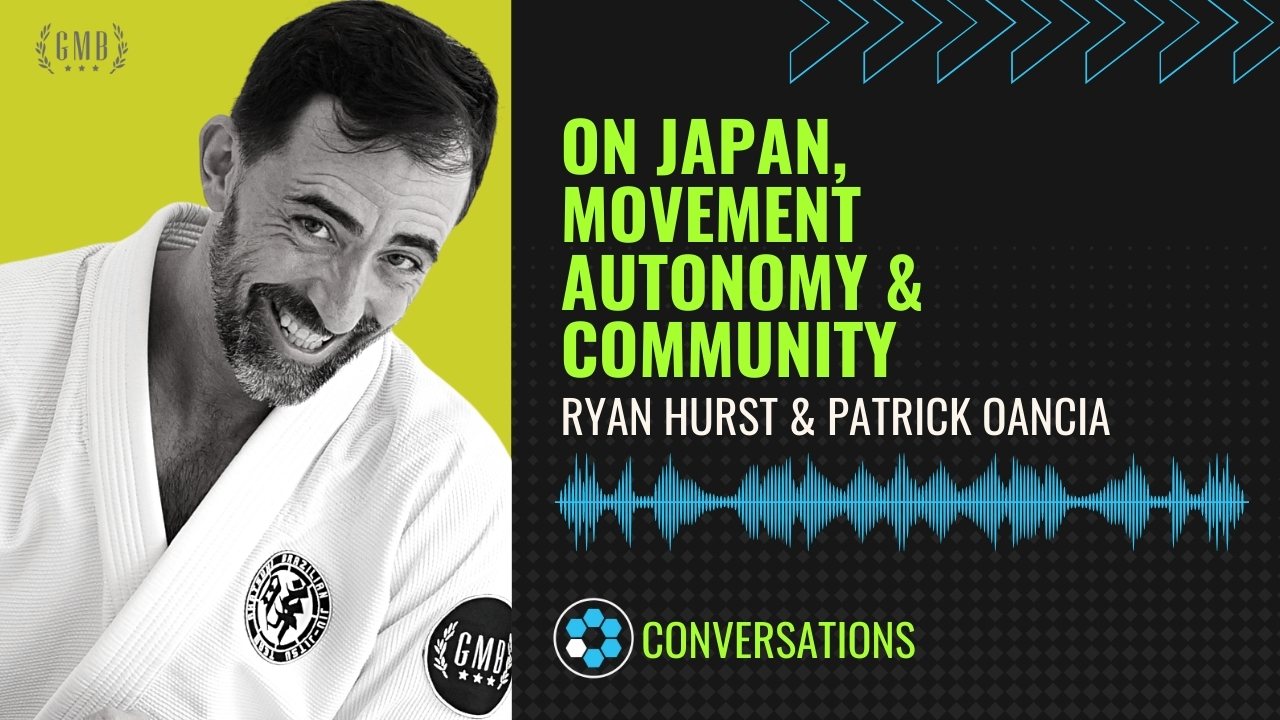 In this episode Patrick Oancia talks with Ryan about his immersion into Gymnastics in Wichita, Kansas from a young age through to decades as devoted martial artists and expat in Japan. 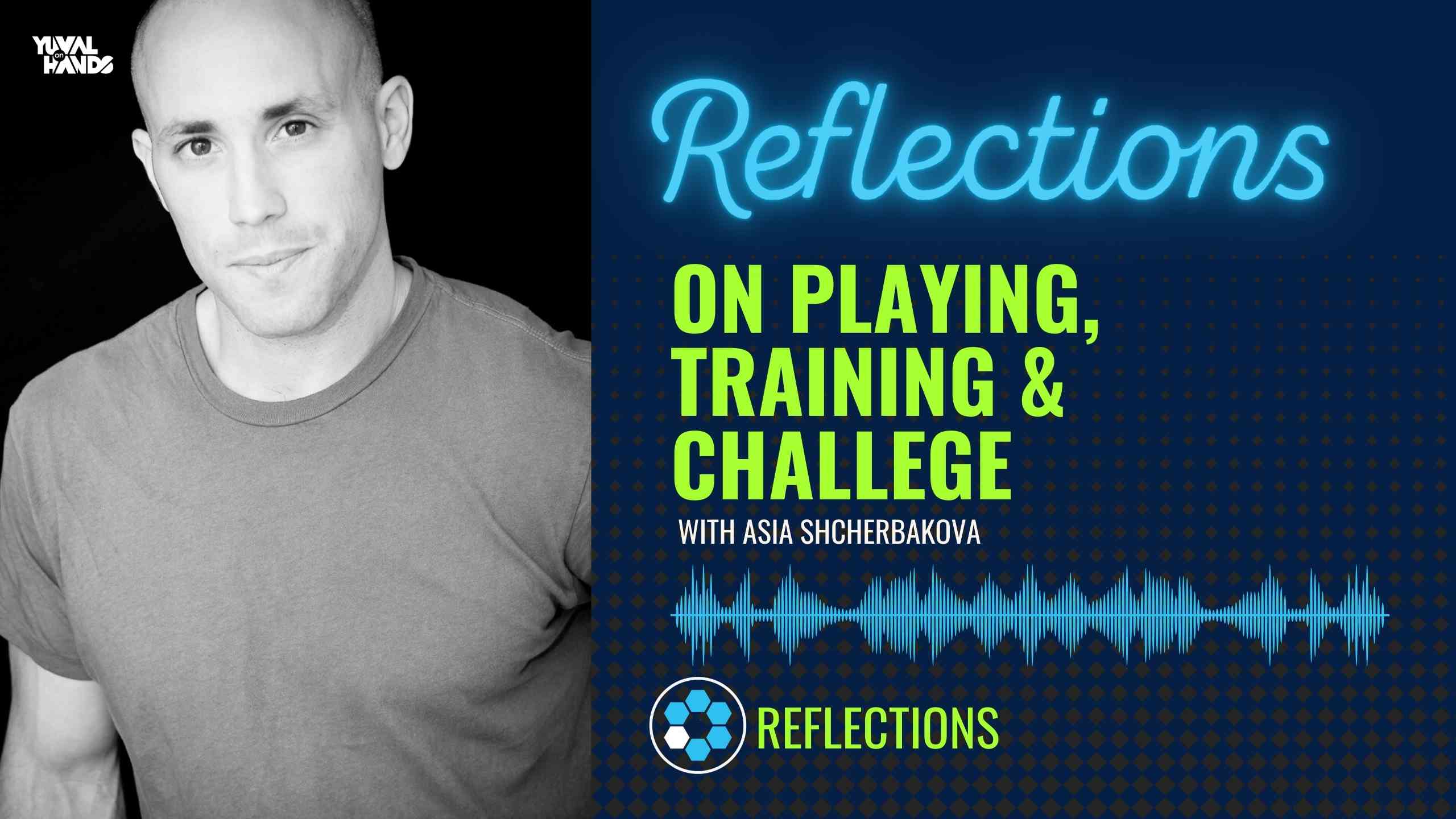 This Reflection looks at Yuval’s journey from competitive gymnastics to contemplative handstand practice and discusses the concept of foundation in physical skill development. It also talks about the tendency of well-learned skills to escape our awareness. 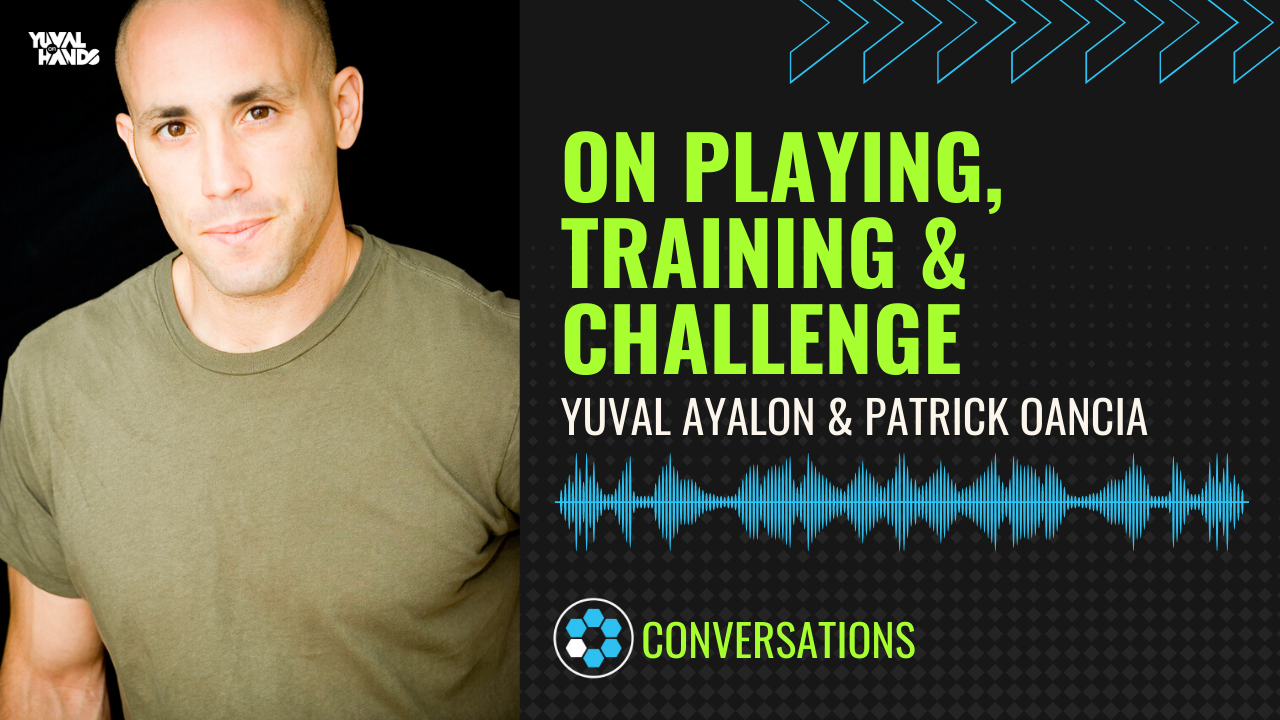 In this conversation Patrick Oancia chats with Yuval Ayalon about his transition from being a kid swinging on trees, right through to being a competitive gymnast and then thereafter becoming a performance artist and finally ending up……. 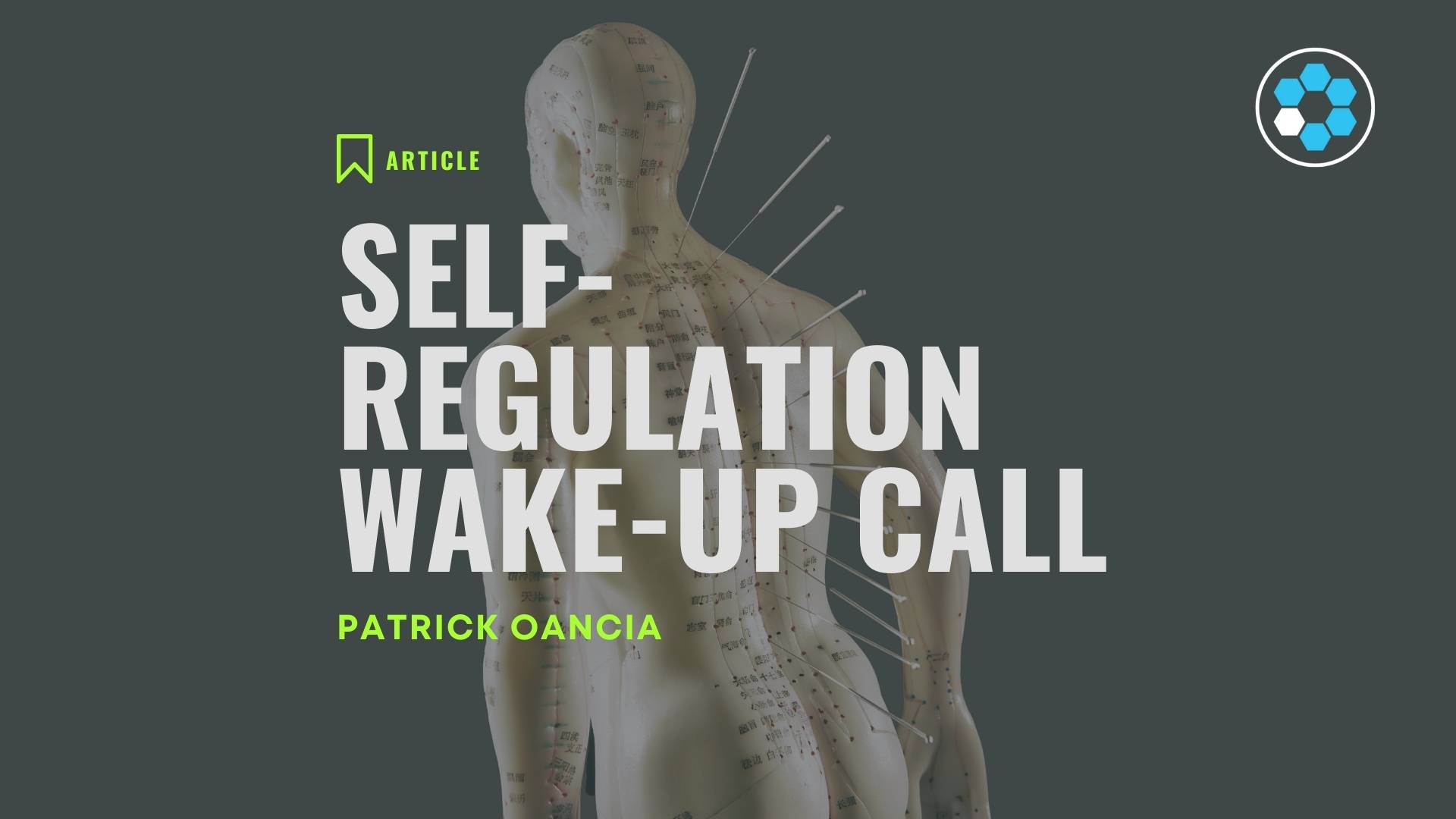 Self-Regulation Wake-Up Call
How one approaches a practice is a key to building a self-sufficient fallback tool to reset across any circumstance. The... more 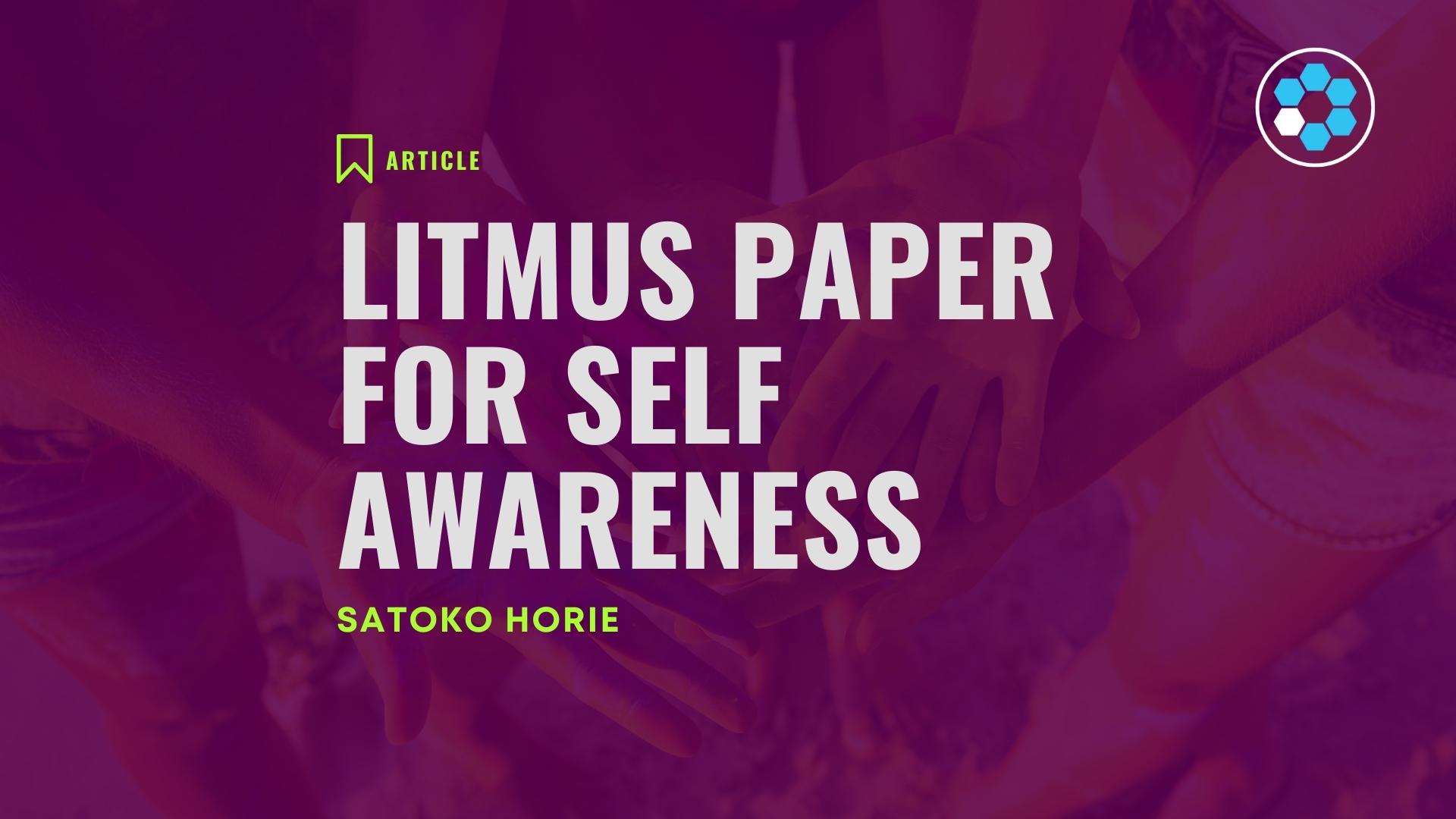 Litmus Paper for Self Awareness
Drawing to me feels like measuring my body temperature. It is a process of sensing my present state, using a... more 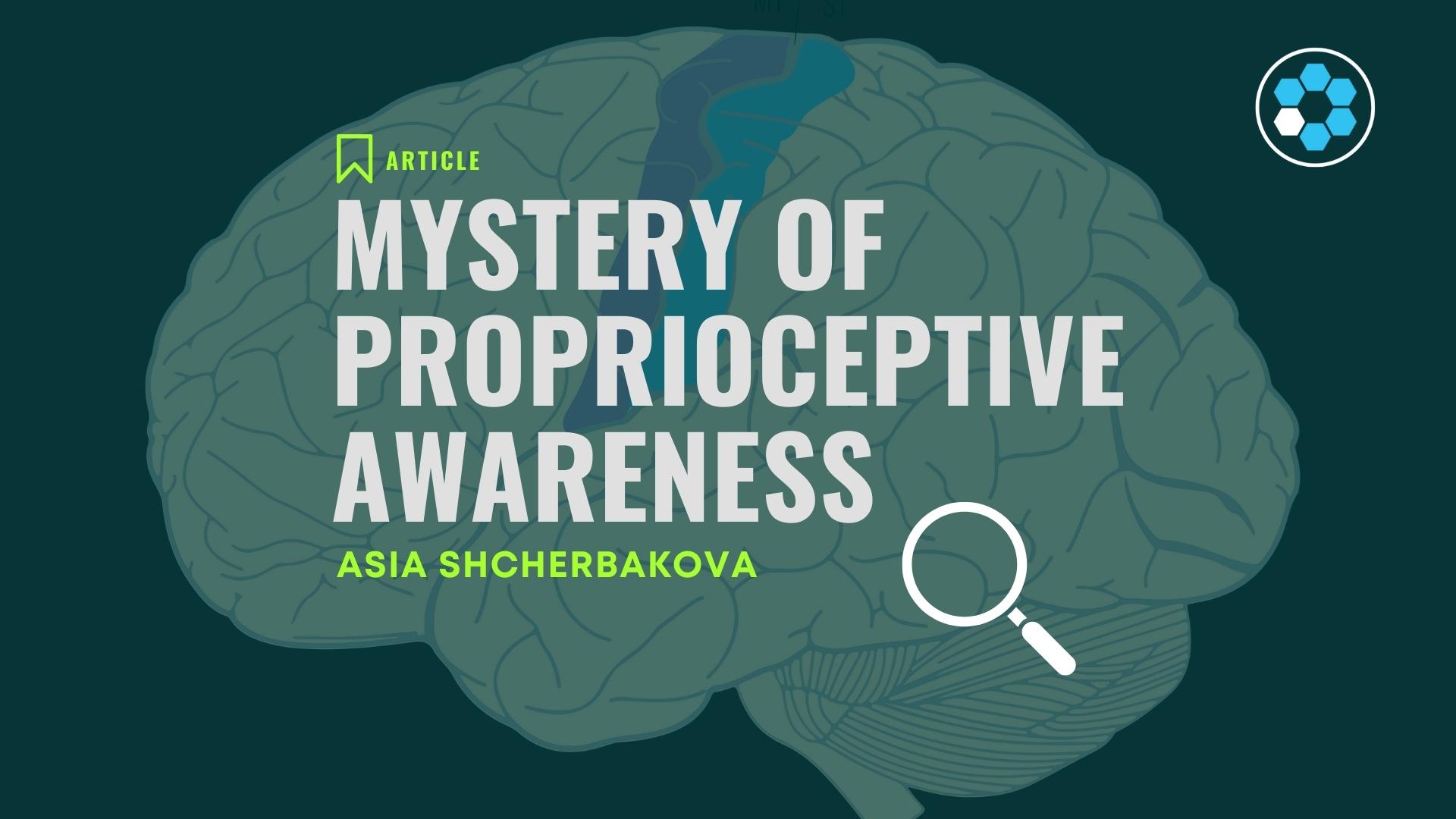 The Mystery of Proprioceptive Awareness
Although we are obviously consciously aware of the position of our body parts in space, it is often assumed that ... more 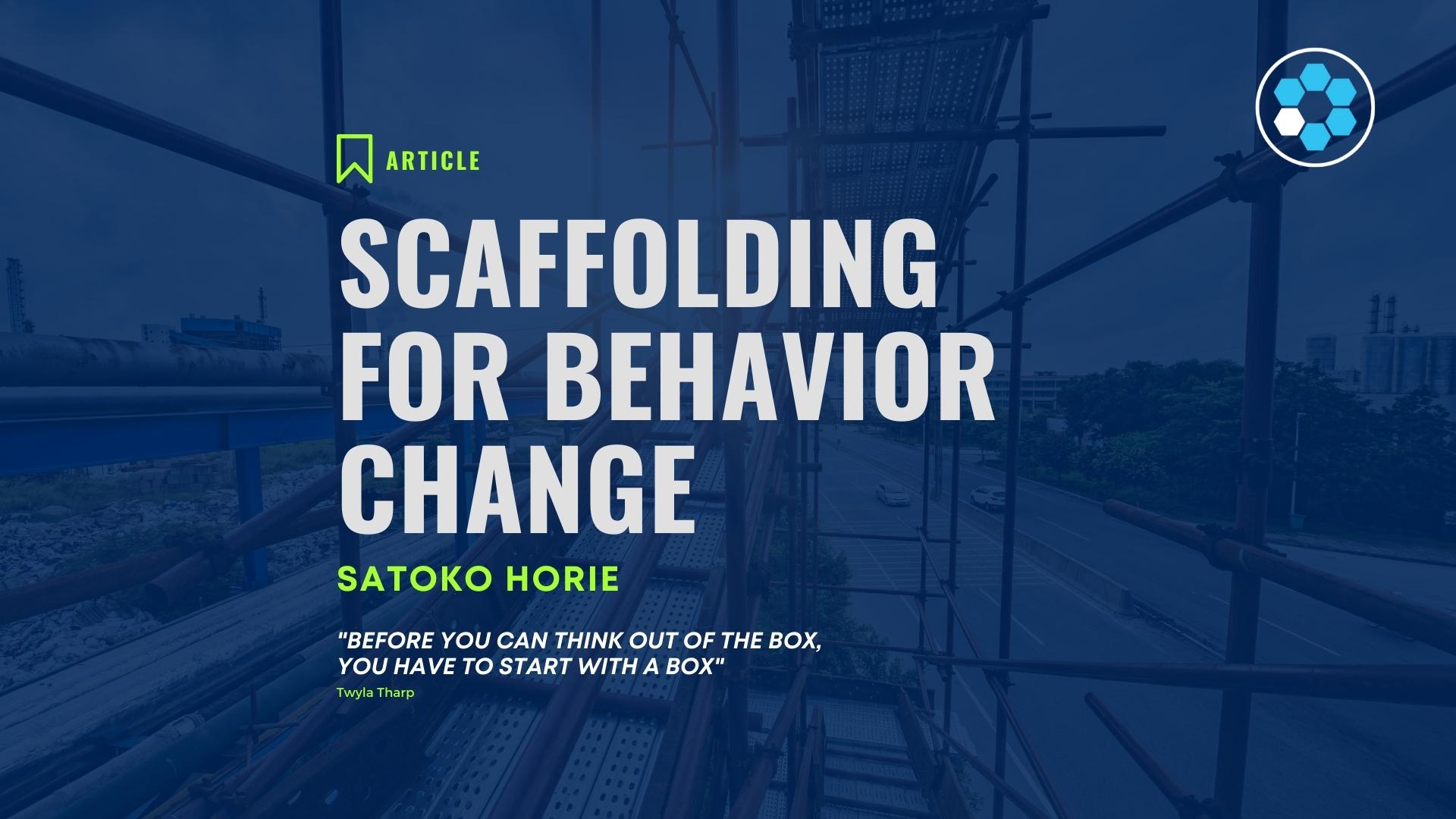 Scaffolding for Behavior Change
Behavior change is subtle, sometimes not even visible. Yet the day-to-day action one takes is what evolves us to be who... more 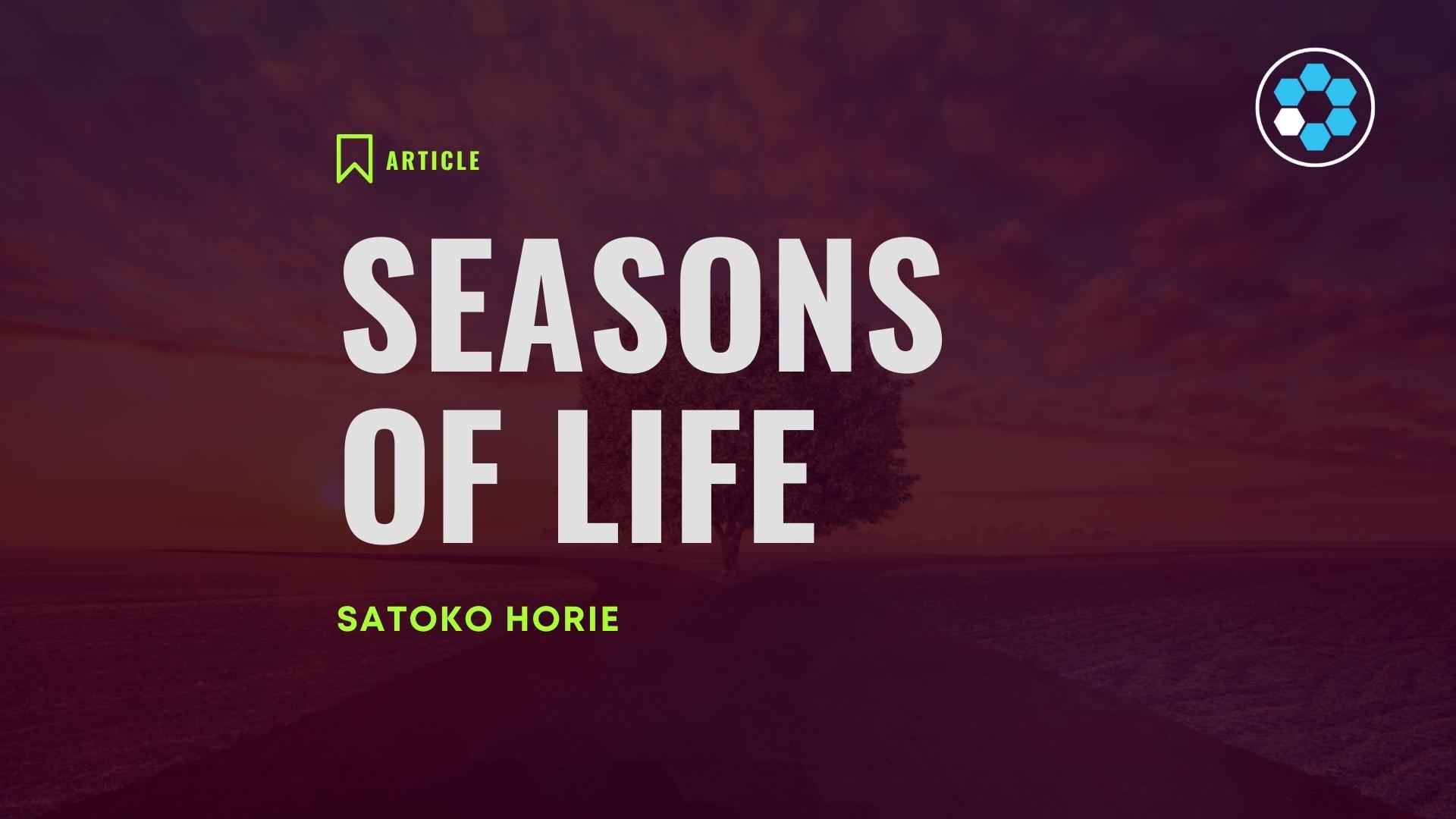 Seasons of Life
Life emanates the concept of cyclicity. We are like the seasons, constantly in flux, experiencing subtle differences,... more 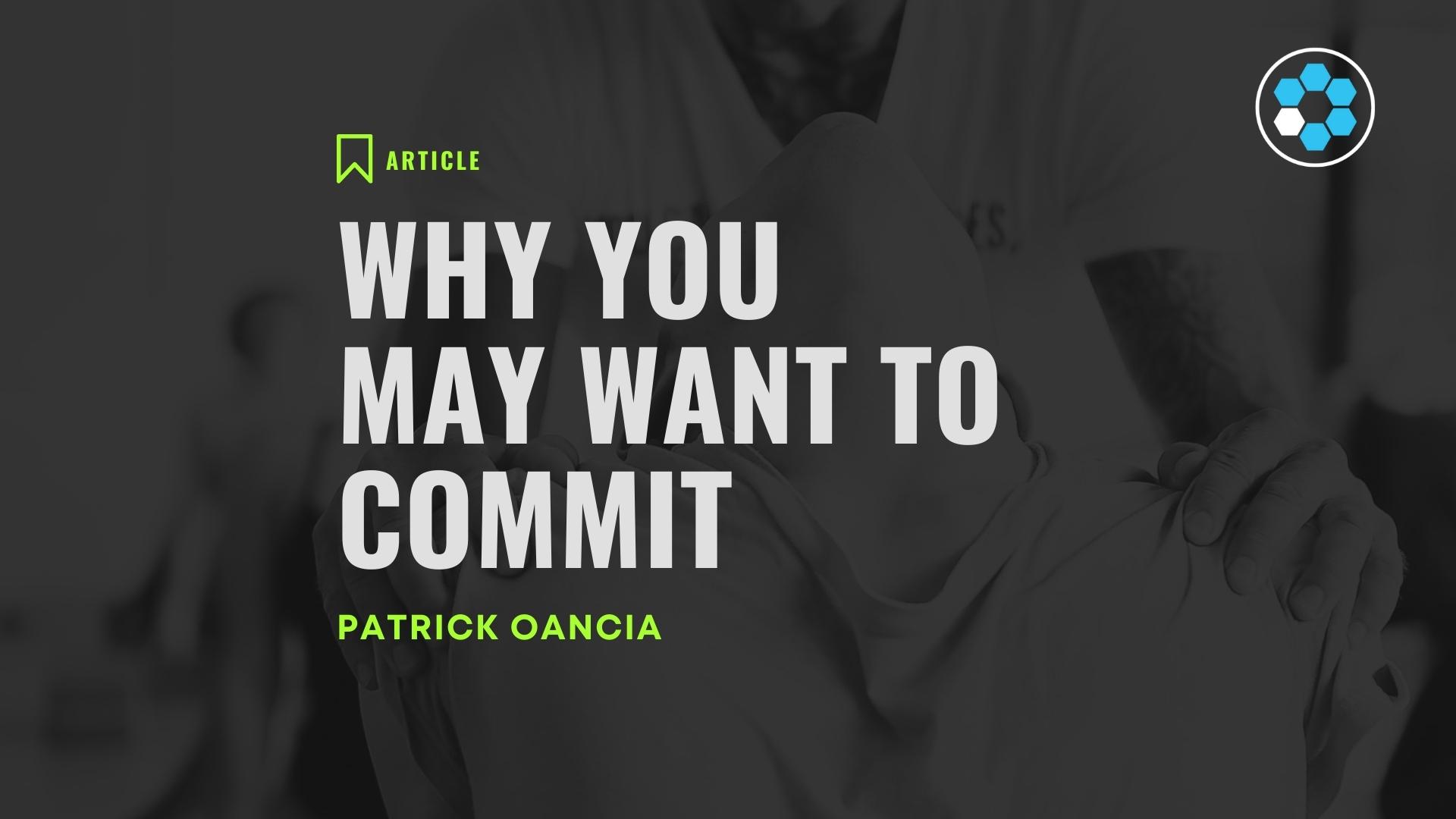 Why you may want to commit
I see more and more people these days who jump from one thing to another without giving anything a more augmented try.... more 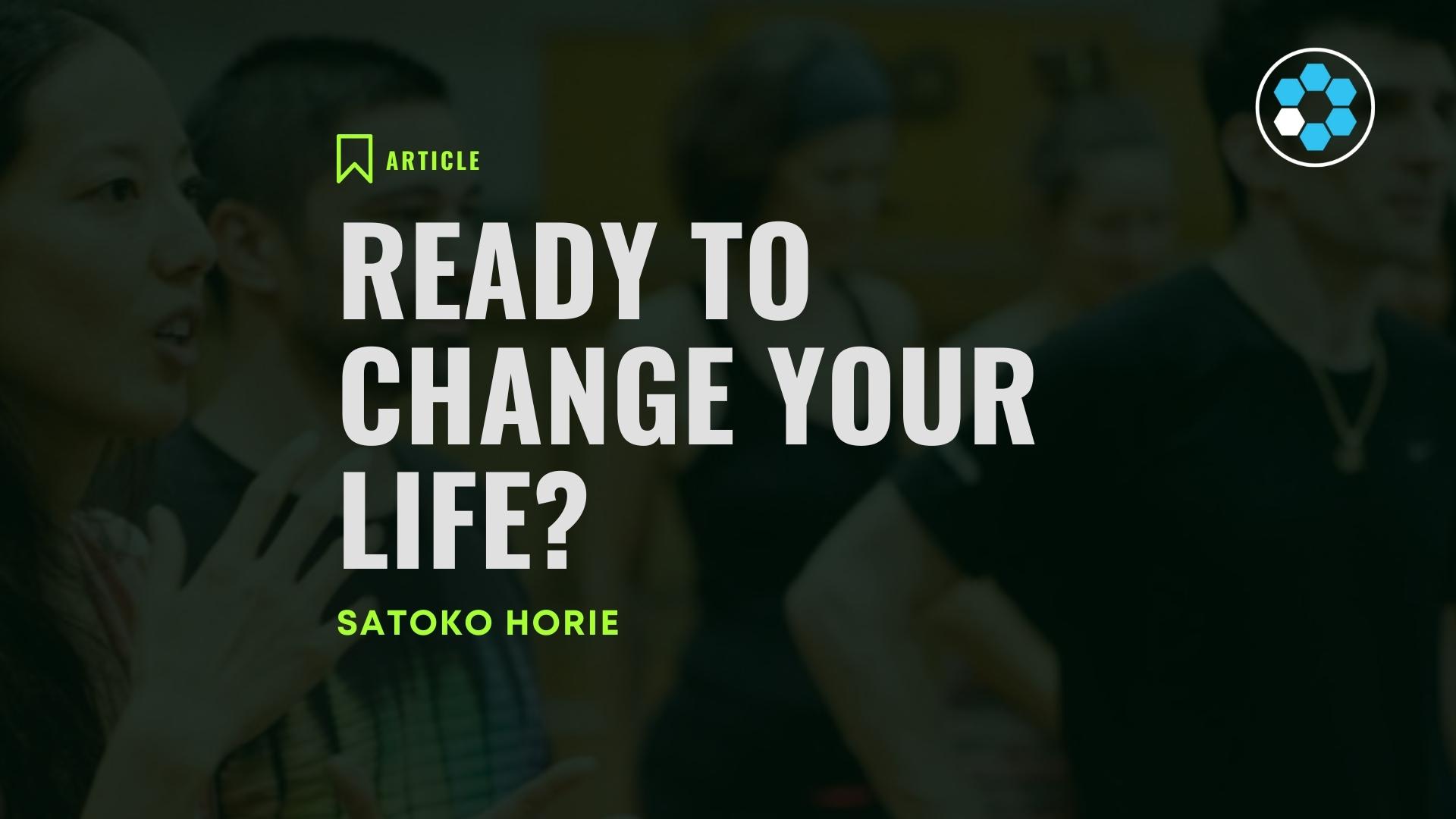 Ready to change your life?
Are you feeling an empty unfulfilment somewhere deep inside? Why not explore new areas that connect with what... more 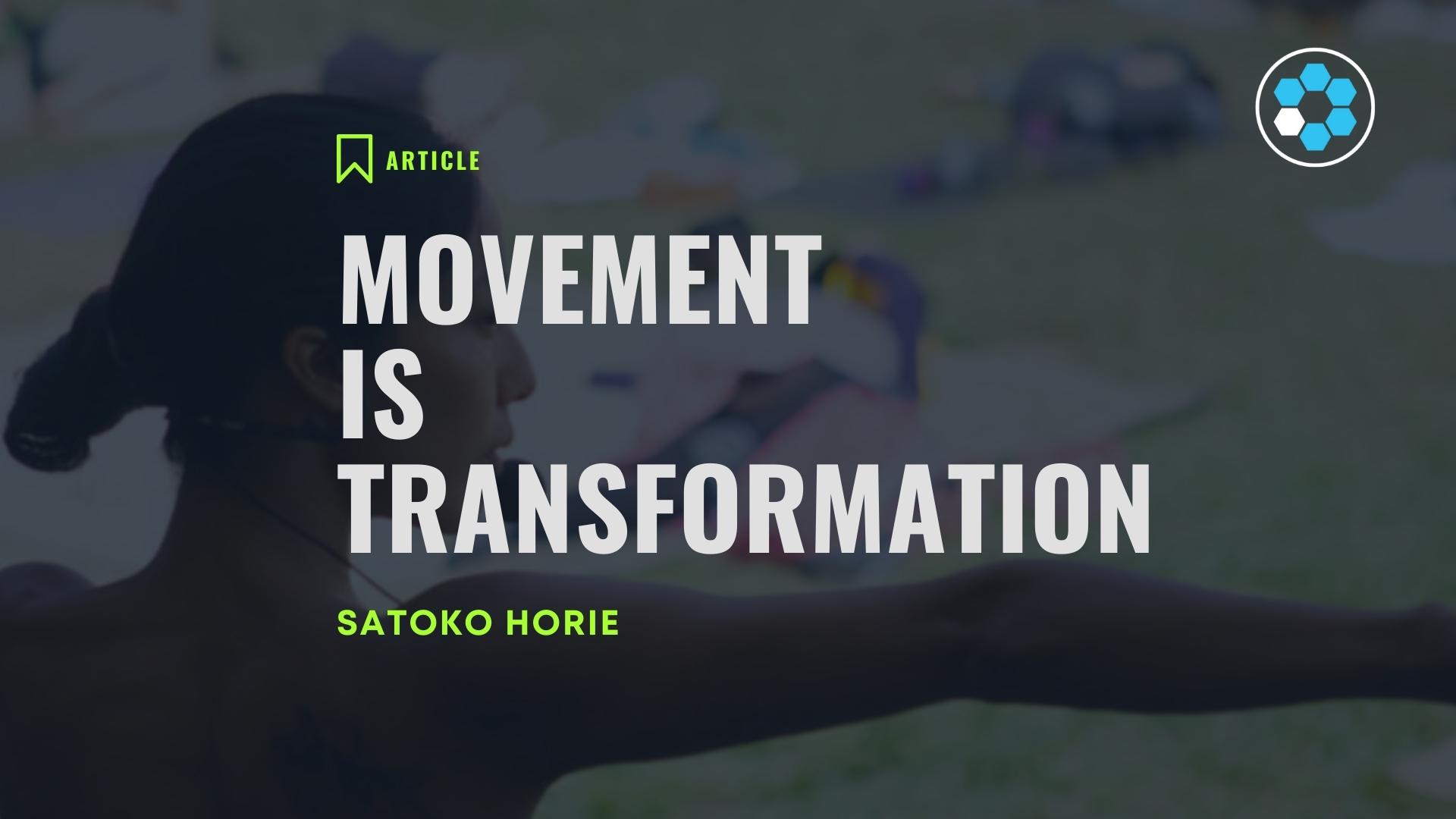 Movement is Transformation
Find creative ways in bringing movement into your life by starting one step at a time. Moving the body not only... more

You can find out more about which cookies we are using or switch them off in settings.

This website uses cookies so that we can provide you with the best user experience possible. Cookie information is stored in your browser and performs functions such as recognising you when you return to our website and helping our team to understand which sections of the website you find most interesting and useful.

Strictly Necessary Cookie should be enabled at all times so that we can save your preferences for cookie settings.

If you disable this cookie, we will not be able to save your preferences. This means that every time you visit this website you will need to enable or disable cookies again.